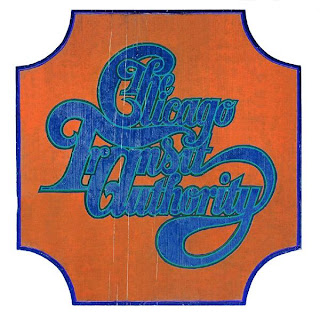 Chicago begins with "Introduction," the pile-driving Terry Kath composition that opened their debut album. Not surprisingly, this song features powerhouse guitar playing from Kath and this raw, highly energetic blues-oriented number fuses elements of blues, jazz, and rock into a style uniquely their own.

Tight, perfectly executed renditions of Lamm's "Listen" and a new Kath composition, "The Road", follow. By this point, the band is fully fired up and they dive into an incendiary performance of the Spencer Davis Group hit, "I'm A Man." The only cover song featured on their debut album, this features all three lead singers (Lamm, Kath, and Cetera) taking a turn on the vocals and Kath absolutely blazing on guitar. Although Chicago's version of this song features lyrics as they misunderstood them, rather than the actual words Jimmy Miller and Stevie Winwood originally wrote, their version of the song blows away the fine original, particularly from an instrumental standpoint. It's no wonder that their arrangement, minus the percussion interlude within, became yet another hit for the band.

The set continues with "South California Purples", another pile-driving guitar tour de force for Kath that utilizes long in and out fades of the horn section, sailing over a bluesy bottom created by the tight rhythm section of Cetera and Seraphine. "Beginnings," a near perfect blend of pop and jazz, with a gradually emerging Latin beat comes next. This features an infectious lead vocal by Lamm, plenty of seventh chords and outstanding solos from Pankow on trombone and Loughnane on trumpet. It's no wonder that this song became yet another belated hit the following year.

Rapidly reaching the end of time constraints, the band acknowledges the staff at the Fillmore West by thanking them for their hospitality and informs the audience they have time for one more song. They close the run with the highly adventurous Pankow composition, "Liberation." Originally recorded live in the studio with no overdubs during the first album sessions, this magnum opus version is even longer and much more exciting. Taken in context of the times, this is quite experimental and covers a lot of territory. It begins in a style reflective of the Stax/Volt era, with punchy horn charts and a get-up-and-dance feel to it. Within a minute or two, it soars off into a powerful jam with Terry Kath absolutely blazing. The musicians are performing at an incredible level here. For the rest of this 17-minute blowout, Kath doesn't let up for a second and the band propels him into the stratosphere. This seriously heavy jam gradually increases in tempo and eventually gets so intense that it explodes into a wall of feedback-laden dissonance, not unlike the spontaneous feedback compositions that closed many a Grateful Dead show during this era. But even out of this wall of noise, they keep going. Following the breather they took during Kath's guitar pyrotechnics, the horns join back in. They approach the situation harmolodicly (a musical theory developed by the legendary Ornette Coleman) and the band ventures into free-jazz territory. This eventually morphs into a lovely little sequence where Kath sings "God Bless You and Goodnight" before they begin an eloquent transition back into the opening theme. The tape stock literally runs out on the final note, capturing all but the final few seconds of this monumentally exciting performance.

Chicago was certainly a product of the times. Their early music was often message oriented and political, but the experimental nature of their approach and the great diversity among their early material made them different. Although it may seem hard to believe in light of where they ended up going in the decades to follow, they were actually groundbreaking in 1969 and even the word "revolutionary" applied at the time.

Few debut albums of the era contained original music of such a consistently high caliber and the fact that theirs was a double album stands as a testament to their undeniable creativity. These Fillmore West sets make it perfectly clear that their early success was no result of studio enhancements or gimmicks. This was a live band that was more than capable of backing up the promise of that debut album onstage.
Posted by marram62 at 2:50 AM 5 comments: 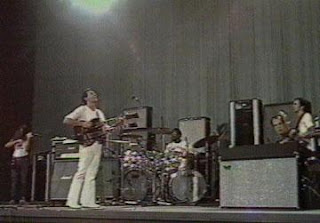 The initial classic lineup of the Mahavishnu Orchestra lasted less than three years and only released two studio albums and one live recording during this era, but these recordings had a profound effect, redefining the jazz/rock fusion movement. Combining the improvisational elements of jazz with the volume and energy of rock music, the group created music that was often intricate and complex, performed by musicians whose virtuosity thrilled audiences, musicians, and critics alike.

By early 1973, the Mahavishnu Orchestra had firmly established their reputation and with little over a year of live performances behind them, they had become one of the most exciting bands on the planet. This partial February 1973 performance captures the group following the release of Birds of Fire and several months before they recorded the live album, Between Nothingness and Eternity. Recorded at Franklin Pierce College in New Hampshire, this is yet another stellar example of the band's blazing energy and fluid virtuosity. Now an established headliner, the Mahavishnu Orchestra had more time onstage and they seized that opportunity to explore in greater depth. This set captures the group as they were diversifying the onstage repertoire and extending their improvisational approach.

The performance begins with the pairing of the Inner Mounting Flame's leadoff track, "Meeting Of The Spirits," with "Open Country Joy" from Birds Of Fire. While both remain aligned with the album arrangements, here they feature extended solos, often explosive and pummeling in their ferocity. Open Country Joy," a strutting, gradually intensifying urban blues is perhaps the least complex composition the classic lineup ever played, vacillating between a laidback county feel and frenzied rocking power.

Although brief, "Hope" unfolds in an elegant, magisterial way, before Cobham suddenly blasts off into "Awakening." This too has moments of frightening intensity and the telepathy between these musicians is functioning at an astounding level. Hammer takes an impressive solo here, simultaneously playing bluesy Fender Rhodes with gurgling mini-moog embellishments. It eventually becomes a duel between McLaughlin and Cobham, and this is unison playing at its most astonishing. McLaughlin doesn't let up for a second, interjecting an endless barrage of ideas, while Cobham often does more with a hi-hat and snare drum than most drummers are capable of with an entire kit.

The recording concludes with McLaughlin's tribute to Miles Davis, "Miles Beyond," with the group again displaying breathtaking improvisational abilities within a funkier context. Dominated by Hammer, who offers a barrage of demented sounds from his keyboards, this also features Jerry Goodman propelling the basic groove with McLaughlin, Laird, and Cobham providing rhythmic punctuations and accents.

Every concert from this era of Mahavishnu Orchestra is astonishing to some degree and this is no exception, featuring the original lineup at the pinnacle of their powers. 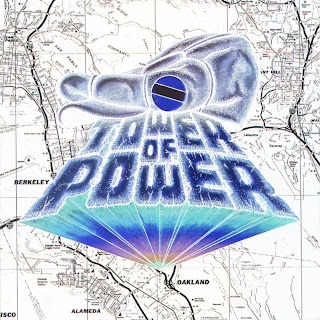 For over 40 years, Tower of Power has been creating their own kind of soul music. Since 1968, Tower of Power has delivered their unique brand of music to their fans, appearing before sold out crowds as they tour the world each year. Tower’s sound can be hard to categorize, but the band's leader and founding member, Emilio Castillo, has labeled their sound as "Urban Soul Music."

Tower's rhythm section lays down a groove like no other band. The band's horn driven sound is unique, and the way they approach everything, from writing and arranging to mixing and performing, is totally their own. Combine all of that with an outstanding lead vocalist and you have one of the most dynamic groups of musicians to ever hit the stage.
Posted by marram62 at 1:17 AM 1 comment: 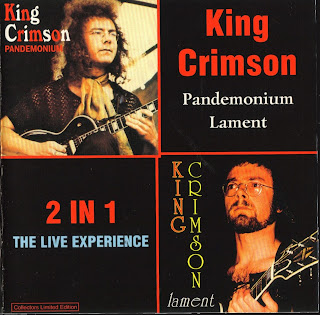 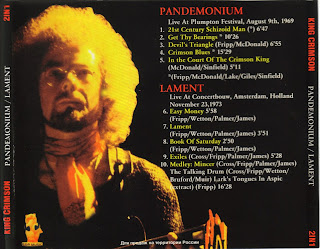 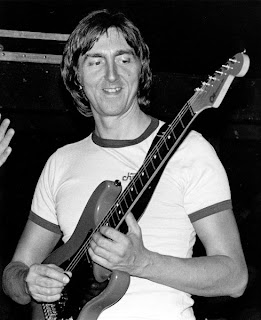 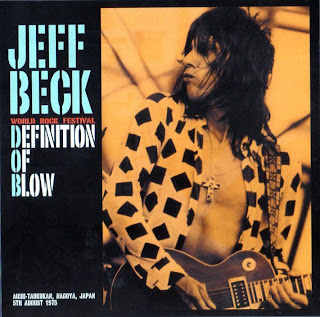 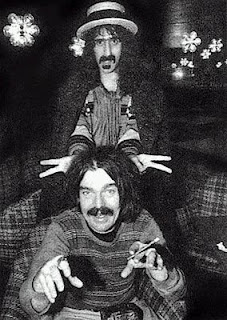 1. A Token of My Extreme
2. Stinkfoot
3. Sleeping in a Jar
4. Poofter's Froth Wyoming Plans Ahead

5. Debra Kadabra [listed as "Abra Kadabra"]
6. Florentine Pogen [listed as "Chester's Gorilla"]
7. Why Doesn't Someone Get Him a Pepsi? ["The Torture Never Stops", original version]
Posted by marram62 at 4:05 AM 1 comment: 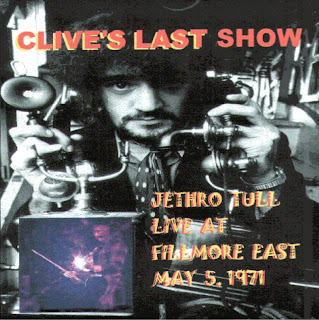 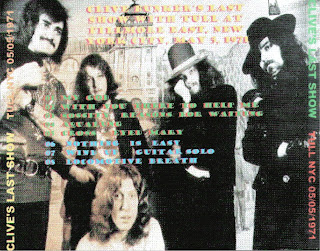 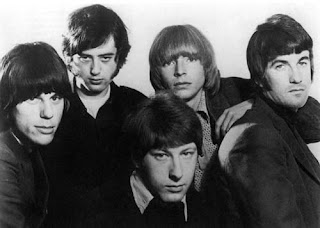 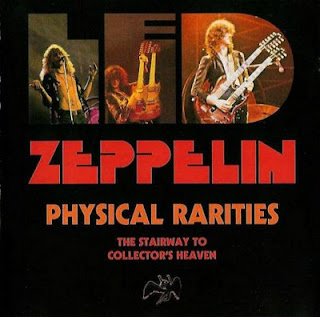 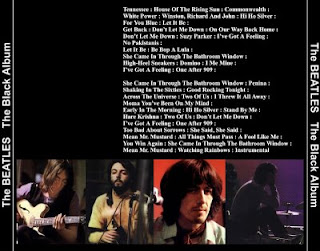 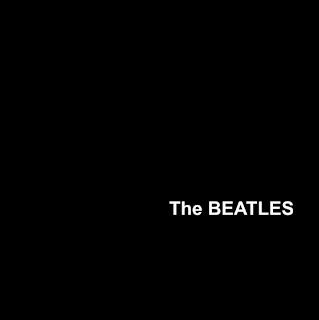 Genesis - As though Emerald City 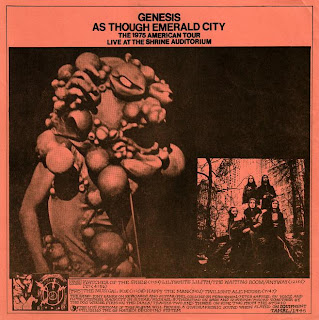 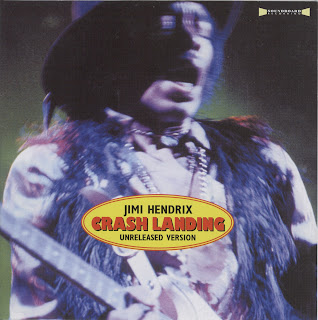 n 1974 Alan Douglas was brought in by Warner Brothers to try to salvage some sort of product from the hundreds of remaining hours of studio material. Douglas' controversial approach to the task, wiping the original backing tracks and reformatting the songs using session musicians with Jimi's original guitar and vocals continues to provoke outcry from the diehard fans and critics alike. It has been admitted though, the album "Crash Landing" was a commercial success but the final result was not what the fans want. Now you can hear the original tracks and mix from the material that was used for the project Crash Landing
Posted by marram62 at 4:38 AM 3 comments: