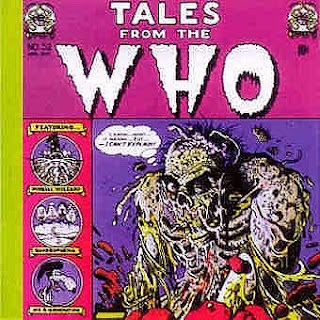 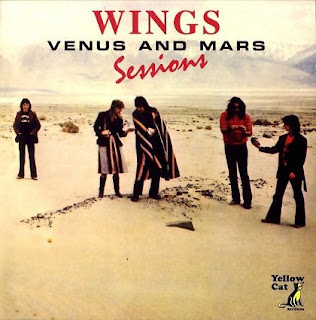 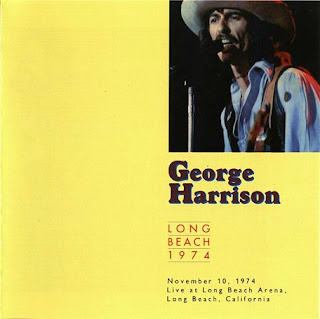 Harrison had his share of friends visit him throughout the tour, with Bob Dylan checking out both his afternoon and evening Los Angeles Forum shows, John Lennon and girlfriend May Pang catching one of the Nassau Coliseum show on Long Island, and Paul and Linda McCartney attending one of the New York City shows at Madison Square Garden. McCartney tried to disguise himself in afro wig and fake mustache, but was easily spotted by die-hard fans.
Beatlefan magazine reported that David Bowie visited Harrison backstage in Memphis, but that he and Harrison "didn't hit it off that well."
After the dates, Harrison was so turned off to performing that it was 17 years before he embarked on his next tour, a series of dates in Japan far away from the glaring Western media.
Mark Lapidos, who that same year founded what is now known as The Fest For Beatlefans, caught several of Harrison's 1974 New York shows and said that the press were too harsh on Harrison: "You know, after a while the headlines take over; Dark Hoarse, H-O-A-R-S-E, the Dark Hoarse Tour as it became known as. I don't think that the people were bothered by his voice. I noticed that it was a little bit off. My objection (laughs) was when he did 'In My Life'(and) he changed the words. I would have rathered him not to, but he was religious and that was his thing."
Harrison's widow, Olivia Harrison, who was with him for the duration of the '74 tour, says that although it's still on the backburner, she's planning some type major retrospective around the tour, including a reissue of the Dark Horse album, and a live CD and DVD: "There's a lot of footage and a lot of history
around that 1974 tour. You know George filmed quite a lot, so I think that it needs a little more time to sort that out. Because there's this great footage, you know he filmed backstage, he filmed in lots of cities, so many things happened on that tour, as well as a live album." 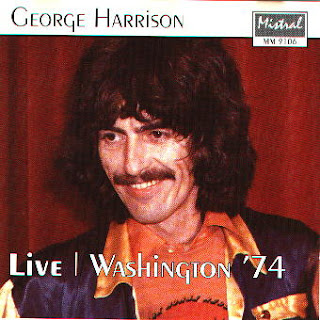 FLASHBACK: GEORGE HARRISON BECOMES THE FIRST SOLO BEATLE TO TOUR AMERICA
It was on November 2nd, 1974 that George Harrison launched his "George Harrison & Friends North American Tour," at the Pacific Coliseum in Vancouver, becoming the first solo Beatle to tour North America.
The 30-date tour was particularly grueling for Harrison, who had blown out his voice in the rush to complete his Dark Horse album, resulting in some reporters mockingly referring to the dates as the "Dark Hoarse" tour. To make matters worse, Harrison and his band were often playing two shows a day, with some dates not selling out.
The show, which had already had pacing problems due to Harrison's choice of material, featured guest spots by saxophonist Tom Scott and Billy Preston, as well as two long Indian music sets by sitar virtuoso Ravi Shankar interspersed within the concerts, which all but wrecked any momentum the "rock" aspects of the show had gained.
Although Harrison and the press liked to portray the concert audiences as hostile toward his performances, underground recordings of concerts taped in such cities as Fort Worth and Baton Rouge show boisterous fans cheering the show -- including the songs from Harrison's soon-to-be critically bashed Dark Horse album, which didn't hit the stores until the tour was halfway over.
For many, the main problem with the tour was Harrison tampering with the lyrics and arrangement of Beatles classics. "Something," which surprised many as the second song of the night, had its lyrics changed to "When something's in the way we move it"; "For You Blue" was changed into an up-tempo jazz number; "While My Guitar Gently Weeps" became "While My Guitar Tries To Smile"; and Harrison's update on John Lennon and Paul McCartney's "In My Life" had Harrison declaring during the song's chorus, "In my life, I love God more."
Among his solo hits performed on the tour were "What Is Life" and the Number Ones "My Sweet Lord" and "Give Me Love (Give Me Peace On Earth)." Conspicuously absent from the tour was Harrison's Beatles hit "Here Comes The Sun."
Billy Preston performed show-stopping renditions of his hits "Will It Go 'Round In Circles," "Outta Space," and "Nothing From Nothing."

Hari's On Tour /While My Guitar Gently Weeps /Something /Will It Going 'round In Circles(with billy preston ) /Sue Me Sue You Blues /For You Blue /Introduction band/ Give Me Love /In My Life /Tomcat(with tom scott)/Maya Love /Dark Horse /What Is Life /My Sweet Lord
Posted by marram62 at 3:09 AM 1 comment: 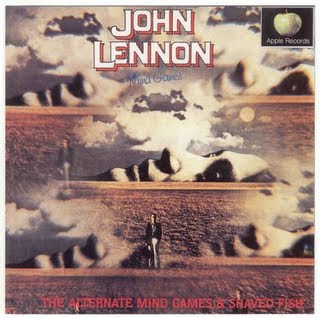 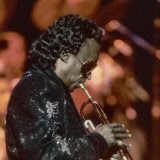 Previously unknown to exist, this August 2, 1970 recording of Miles Davis was recorded live before an audience of invited guests at a CBS Records convention in the Bahamas. This recording now stands as the final document of existing Mils Davis recordings to feature Steve Grossman on sax, who would be replaced by Gary Bartz a few days later. Given only 30 minutes in which to play, this performance is less expansive in an improvisational sense than most performances during this era, but no less adventurous. The group still packs plenty of energy into the time allotted, and if anything, Miles solos even more than usual. The performance is one continuous suite, which allows one to follow the flow and logic of the music over an extended period of time. This continual flow, devoid of announcements identifying the songs, often left critics and listeners confused, but focused listening reveals that distinct changes are taking place. Miles is thoroughly in control of the musical direction at all times, whether he is in the forefront instrumentally or not. Miles guides the music back to particular vamps or themes, continually bringing focus to the group improvisations. The swift and agile response of the musicians to Miles' cues and coded phrases is truly remarkable and is a primary reason for the relentless intensity of this music. Little of this music derives from Miles' jazz period, nor does it fall into the free jazz category that it is so often mistakenly associated with. This music is much funkier, often comprised of deep, one chord, cyclical grooves that have little in common with jazz.