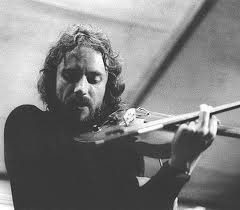 
comments:
I'm not real sure of these titles, only that all the songs are
from the (studio) albums Upon the Wings of Music and Aurora, as
performed in Paris.
this recording came to me on a cassette that sounded like it was
transferred on a deck with some dust on the head or something, but
this was a project to get in (close to) posting shape and it does sound
pretty decent now. there was NO WAY I was going to do a "new transfer"
on this one. it was one of my first real project remaster efforts that
I didn't screw up AND didn't get a glitched CD. ah the harmony of Ponty...
unfortunately there are some (not very loud) clicks, apparently from the
transfer to my cassette copy which has alot more of them than this does.
So I went in there and removed as many as I could before I couldn't stand
doing any more of it and had removed the worst of the clicks. it did not
sound like diginoise. the clicks were in the files before there was a
CD of this, the source of this post. They're not in all of it.
the original recording was a good one, and the concert was very nice.
Ponty of 75 and 76 is my favorite of his own (many) bands. I suspect
there may be a missing encore in here. This is apparently all I have,
it sounds like track 10 is a tuneup for an encore that's not there.
everything before that seems to be there and the drummer here is one
of the best. Have no fear of weak drumming, when Fearrington is here.
this is early on in Steurmer's Ponty days and some of the best I've heard
out of him. this is a great jazz fusion group. so great that it wouldn't
be much of a "jazz fusion" section on dime without something from 75-76
era Ponty. this music fits the category like a custom fitted glove.
do not sell this recording.
share freely, losslessly and gaplessly. 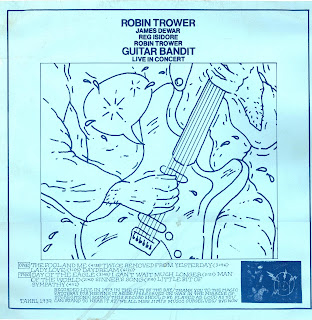 Recorded for broadcast at the Record Plant Studios in Sausalito, California with a small audience.
Posted by marram62 at 2:51 AM 5 comments: 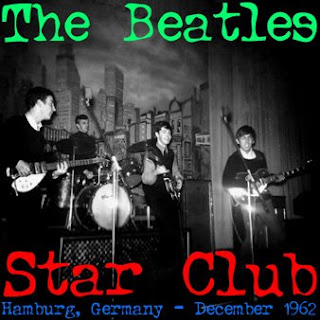 Length: 91:17
Notes:
JEMS is proud to be able to partner with and present some of the choice recordings in the D & D archives. Some of these recordings have been around for years but none of the master tapes or safety copies in some cases have ever been digitized until now. Dave and Donn taped many shows in and around the Seattle area in the 70's and also were contemporaries of some of the JEMS members. Volume 25 is one of Daves brother's master recordings of Mahavishnu Orchestra. Great show here and possibly an uncirculated performance prior to June 2011.
Posted by marram62 at 3:39 AM 4 comments:

now, i might come back on this one (for starters?) and if i do, i'm just gonna post stuff in whatever format...
could be flac, could be ogg, could be mp3...could be mp-fuck you if you don't like it!
whatever, i got some shit i wanna share, but if i come back and a damn single one of you bitches at me about the fuckin' format, or the bit rate or the blah blah blah, then what ever...DON'T GET IT THEN!!
Posted by marram62 at 8:08 AM 4 comments:

many of the rapidshare links are going down, because i don't have an account with them anymore. if any of you would like me to re-up anything, just leave me a comment, and i'll try to get it to ASAP!
Posted by marram62 at 1:54 PM 7 comments: